Warning: Declaration of Razorback_Walker_Page_Selective_Children::walk($elements, $max_depth) should be compatible with Walker::walk($elements, $max_depth, ...$args) in /home/customer/www/davidowenslaw.com/public_html/wp-content/themes/owenslaw/functions.php on line 381
 The big 'D,' and we don't mean Dallas. What to expect of the divorce process. - Owens / Pinzelik, P.C. Skip to content 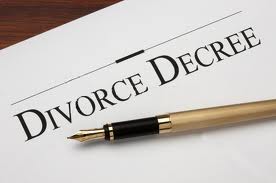 It goes without saying that divorce is rarely a pleasant experience for anyone.  Knowing what to expect of the process, however, can help you avoid at least some of the anger, sadness, and frustration and assist your divorce or family law attorney in making your case.

How much time is involved?

Typically, in Oregon, anyway, the divorce (or ‘dissolution’) process takes from one to nine months.  Particularly combative divorces, divorces with children, or those involving the division of considerable wealth can, obviously, take longer, sometimes years (though we do not wish that on anybody and certainly do our best to maintain a standard of reason and civility even when your spouse and his or her attorney seem uninterested in behaving themselves).

Starting the process – the petition.

How many times have you heard on Entertainment Tonight or TMZ about some celebrity or other being “served with divorce papers?”  What in the world are ‘divorce papers,’ anyway?

In Oregon, ‘divorce papers’ in this context would refer to the petition, which is the document filed by the spouse who is seeking the divorce (called the Petitioner).  The petition is a meticulously crafted piece of legal work that spells out for the court all of the information needed to justify the divorce, divide assets, and outline custody and/or parenting time.  The petition has to be both filed with the court and ‘served’ on the other spouse (called the Respondent) in order to begin the divorce process.

Early on in the divorce process, the parties engage in what is known as ‘discovery.’ This is the legalese for the exchanging of documents and sharing of relevant information.  This is a very important stage in the process in that each side is required to honestly divulge information about all assets so that the court can make a fair and accurate determination of a division of property, determine custody and parenting time, and potentially provide for spousal support or child support.

Occasionally, in contentious divorces for discovery to become a preview of the fight to come, as one spouse attempts to withhold evidence of his or her real assets, requiring the other to file a motion (or multiple motions) asking the court to order the reluctant spouse to share the information.

Public policy pokes its head into the divorce process, as in Oregon, the parties are encouraged, and in some cases required, to mediate (to negotiate through a neutral party, called the ‘mediator’) about the things they appear unable to agree upon to see if compromise can be reached.  It is possible for all outstanding disputes to be resolved through mediation, eliminating the need to go to trial, and giving both parties a divorce on terms they have decided they can live with (not to be confused, however, with ‘can be happy with’).

Your day in court – the trial.

If things cannot be resolved either through mediation or other negotiation, you should be prepared to take your case to trial.  In a trial each spouse’s attorney will call witnesses of their own, cross-examine the other side’s witnesses, and present evidence, all in effort to convince a judge why the divorce decree (or ‘judgment of dissolution’) should be on the terms he or she wants.  Again, how long the trial itself lasts will depend on what issues remain to be resolved and how entrenched each side is on its position.  Mediation might resolve, say, the division of the assets but perhaps the parties are unable to agree on child custody.  If the judge agrees, a trial could then be held that is limited to that single issue.  If, though, mediation was entirely unsuccessful, a trial will be necessary to determine each and every aspect of the divorce.

Once a trial is finished, the heavy lifting is over but the work is not entirely done.  A judgment must be presented to the judge to sign to finalize the divorce.  It is up to the parties and their attorneys to present the court with a form of judgment that contains all of the terms of the divorce according to how the court ruled at trial on them (or as they were agreed to by the parties in mediation).  If the court’s ruling is unclear, it can take several weeks of negotiation and exchanging of proposed judgments between the parties, and presenting different forms of judgment to the court, before the judge actually signs the divorce decree.  Once it is signed, however, and entered into the court record, your divorce is complete.

After your divorce is final, however, issues may still arise that you should talk to your divorce or family law attorney about, such as:

These are, of course, only examples and you should speak to your attorney about any post-judgment issue that concerns you.

Additionally, after your divorce is final it is prudent to talk to your attorney about drafting a new will, advanced directive, and powers of attorney, and to take steps to change the ‘pay on death’ beneficiary designations on your life insurance, IRA, 401k, and other accounts.