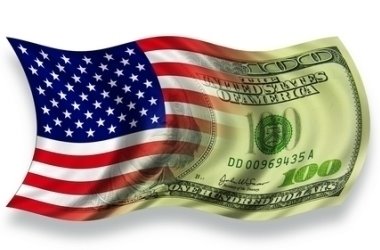 The ‘American Rule’ and Small Businesses

The ‘American Rule’ is shorthand for the notion that, in America, generally, unless otherwise explicitly authorized by contract or statute, attorney fees ARE NOT awarded to the prevailing party in a lawsuit.  Presumably, in America, we believe every person and corporate entity should be responsible for his, her, or its own attorney fees.

As a small business-owner (with the responsibility for day-to-day operations expenses, overhead, payroll, etc.) the American Rule can make the decision to hire an attorney to collect on an unpaid account very difficult, particularly when the amount unpaid is only a few thousand dollars, perhaps – a significant hole in your bottom line but hardly seeming worth all the trouble, right?

Lawyers and their services aren’t cheap.  Recent studies suggest the average rate for attorney services in the United States is nearly $300 per hour.  In a state such as Oregon it is probably less than that, but still NOT CHEAP.  How is a small business-owner supposed to enforce his rights against un-paying clients? How much sense does it make to spend $5,000 (or more) to chase down a debt of roughly the same amount?

I feel comfortable in going out on a limb to say that most written contracts contain a clause specifying that the losing party is to be made to compensate the winning party for it’s attorney fees in any lawsuit stemming from the contract.  Generally, how this works is:

Unfortunately, note above that I said “most,” not all, contracts contain such a clause.  In fact, many small business-owners cannot afford an attorney and will either do business on a handshake, without a written contract, or will draft contracts themselves, often unaware they are forgetting to include clauses or terms that can be very helpful to them later, such as an attorney fee clause.

Under the American Rule, this can potentially make collecting against an un-paying client a very unprofitable exercise.

As stated above, the American Rule applies generally and we have to look for exceptions to that rule in contract or in statute.  There actually are a number of these (what attorneys often refer to as ‘fee-shifting’) statutes on the books in many states, including Oregon, such as in many types of Landlord-Tenant, Domestic Relations, and Securities Law actions.

Fortunately, there is also a fee-shifting statute that might help small business-owners against un-paying clients.

ORS 20.082 provides that in a suit concerning an express or implied contract, or other document evidencing a debt, that DOES NOT contain an attorney fee clause, and in which the debt for which payment is sought is $10,000.00 or less, the prevailing party may be compensated by the other side for its attorney fees.

So, if, as a small business-owner, you find yourself questioning whether or not you should spend your time, energy, and money chasing down ‘small’ ($10,000.00 or less) debts, be sure to figure ORS 20.082 into your consideration.

Taking advantage of this statute has requirements, however, and specifically does not apply in certain situations.  To decide if ORS 20.082 can help you and your small business recover monies owed by un-paying clients, please, consult with a licensed, competent, Oregon attorney.

To be contacted by an attorney at Owens / Pinzelik, P.C., click here.